Back in the late 80's, RC cars were the BOMB !! Various car kits were available at all the hobby shops, RC Car Action was first published in 1988 and race tracks, both indoor and outdoor, were popping up all over to fill the need to race these 1/10th scale beauties.

The Tamiya Radio Control Grasshopper was my first foray into the world of RC cars. It was a beginner kit that was relatively easy to build yet robust enough to play hard with. It could be modified enough to be somewhat competitive, and I sure tried with mine. It wasn't going to match up with an RC-10, but I was in the mix.

This is a 1/10 scale miniature model of the Tamiya Grasshopper. I'm assuming it is a 1/10 scale replica of the 1/10 scale replica RC car but its not that critical :) Apparently it was a premium from January of 2005. When you bought a can of coffee called "Coca Cola Georgia", you received this model or one of the other various cars. At least that was in the description in the eBay ad. There is a Coffee Cup graphic with GEORGIA next to it so it validates that description, but I'm not about to translate it to be sure.

The model comes in a neat package, straight from Japan. Its a Tamiya product so I knew it would be decent quality. 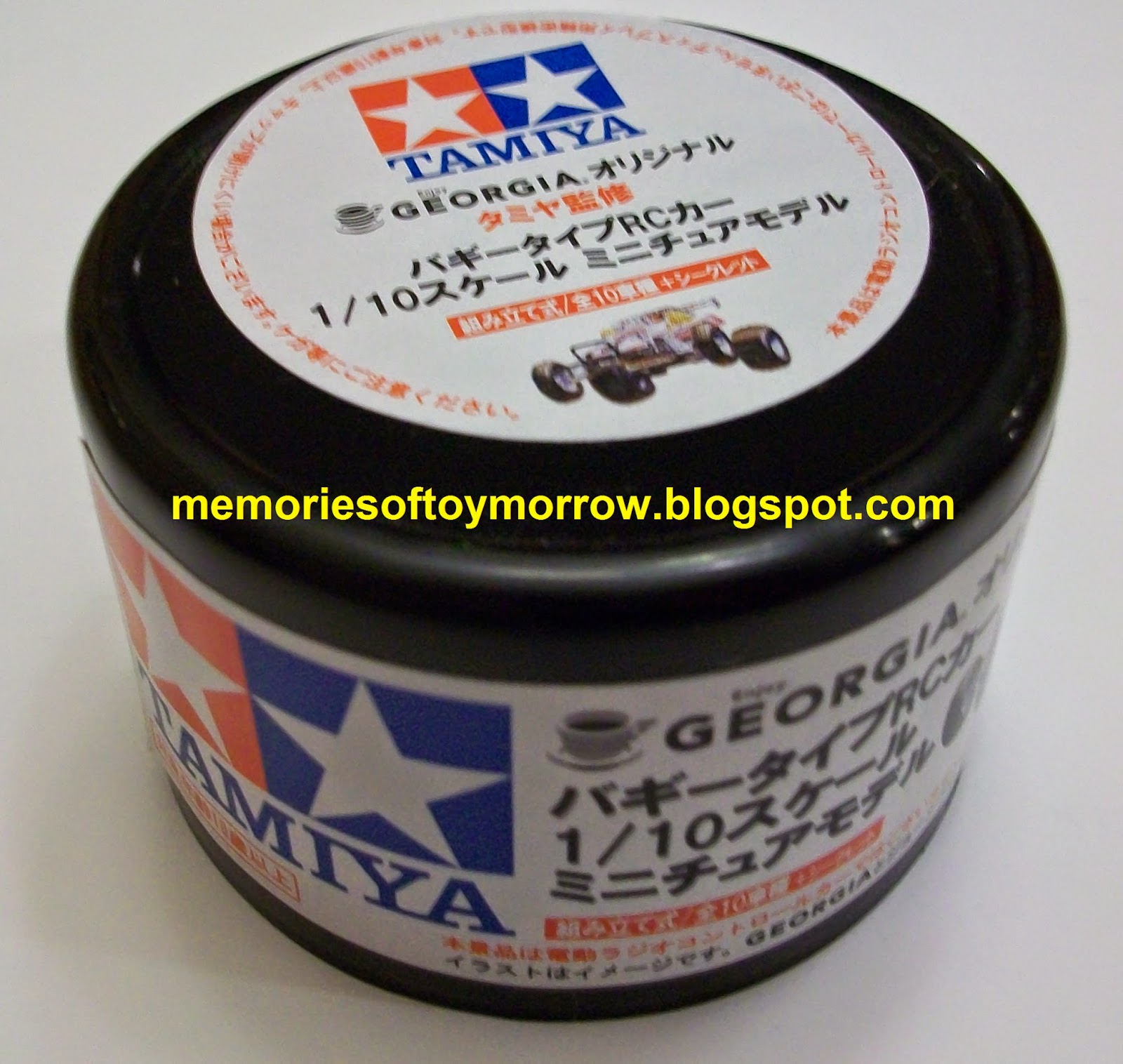 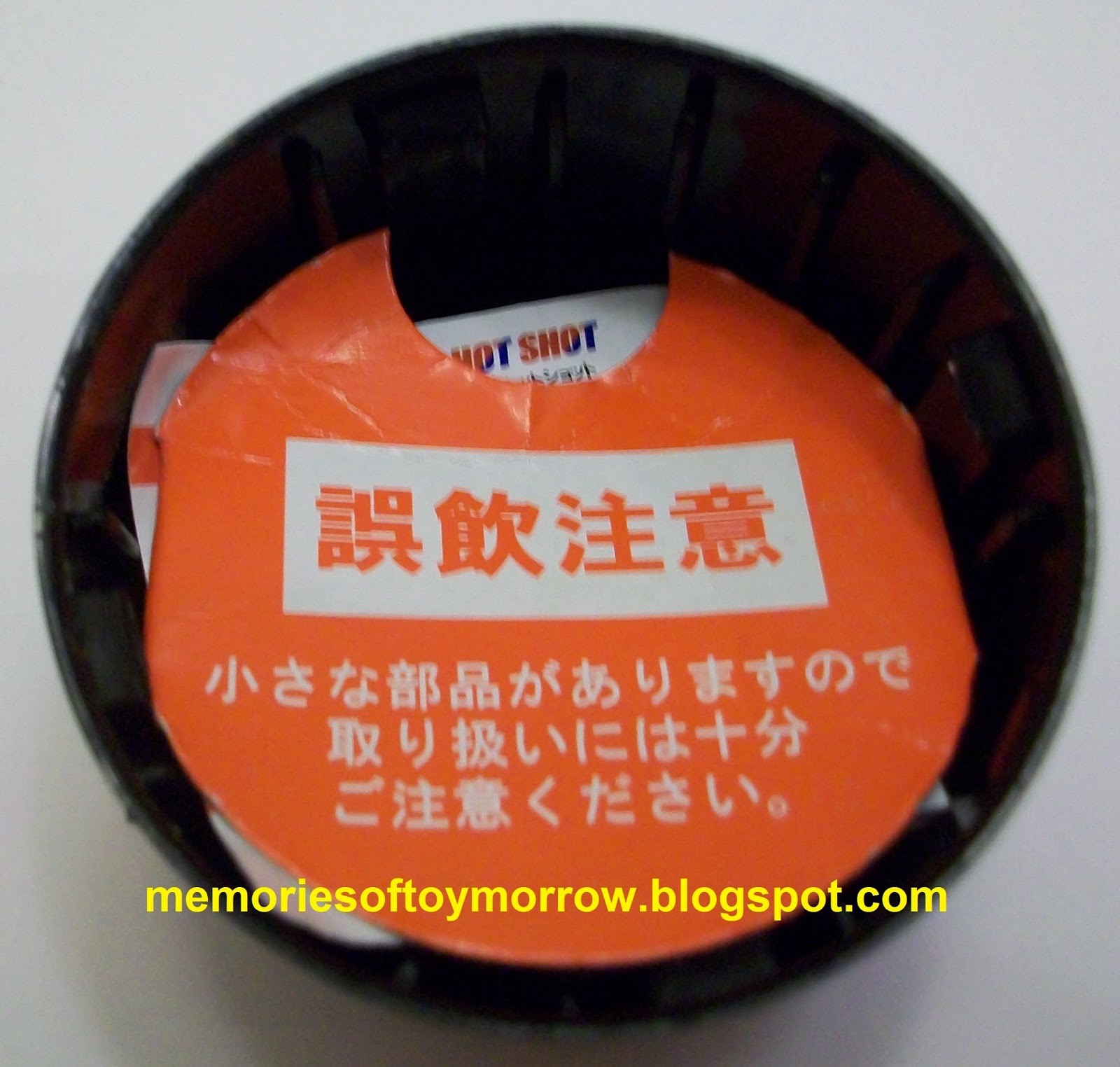 The interior yields a few pieces to be assembled. The directions that are included are written in Japanese but the picture is good enough to build from. 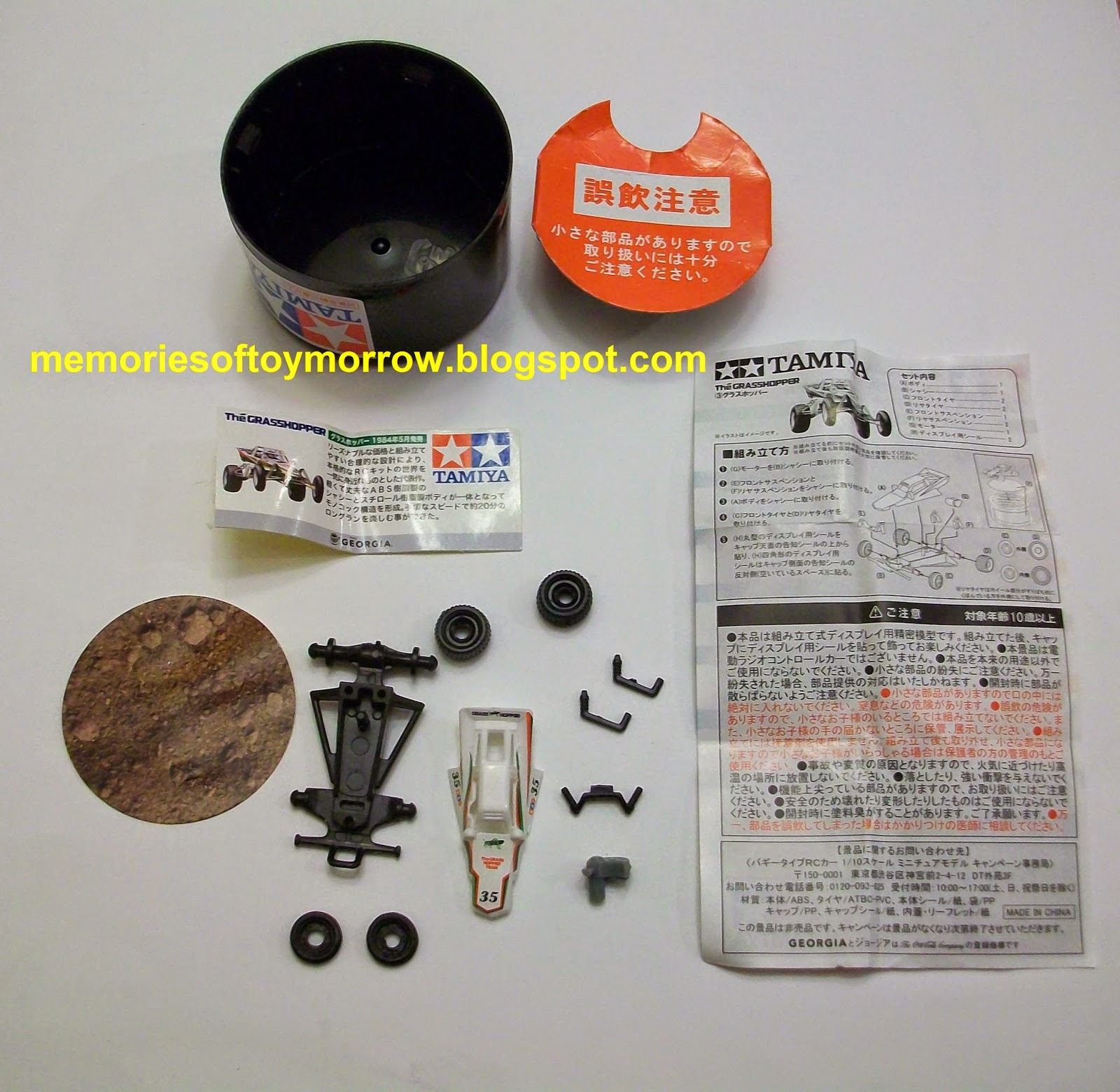 The model itself is produced well. The body graphics are tight and clean, however the nose graphic is a little off. It does not take away too much from the model but I would have preferred straight lines. The pieces are molded well with all flashing is trimmed off, so I did not have to do any clean up work. 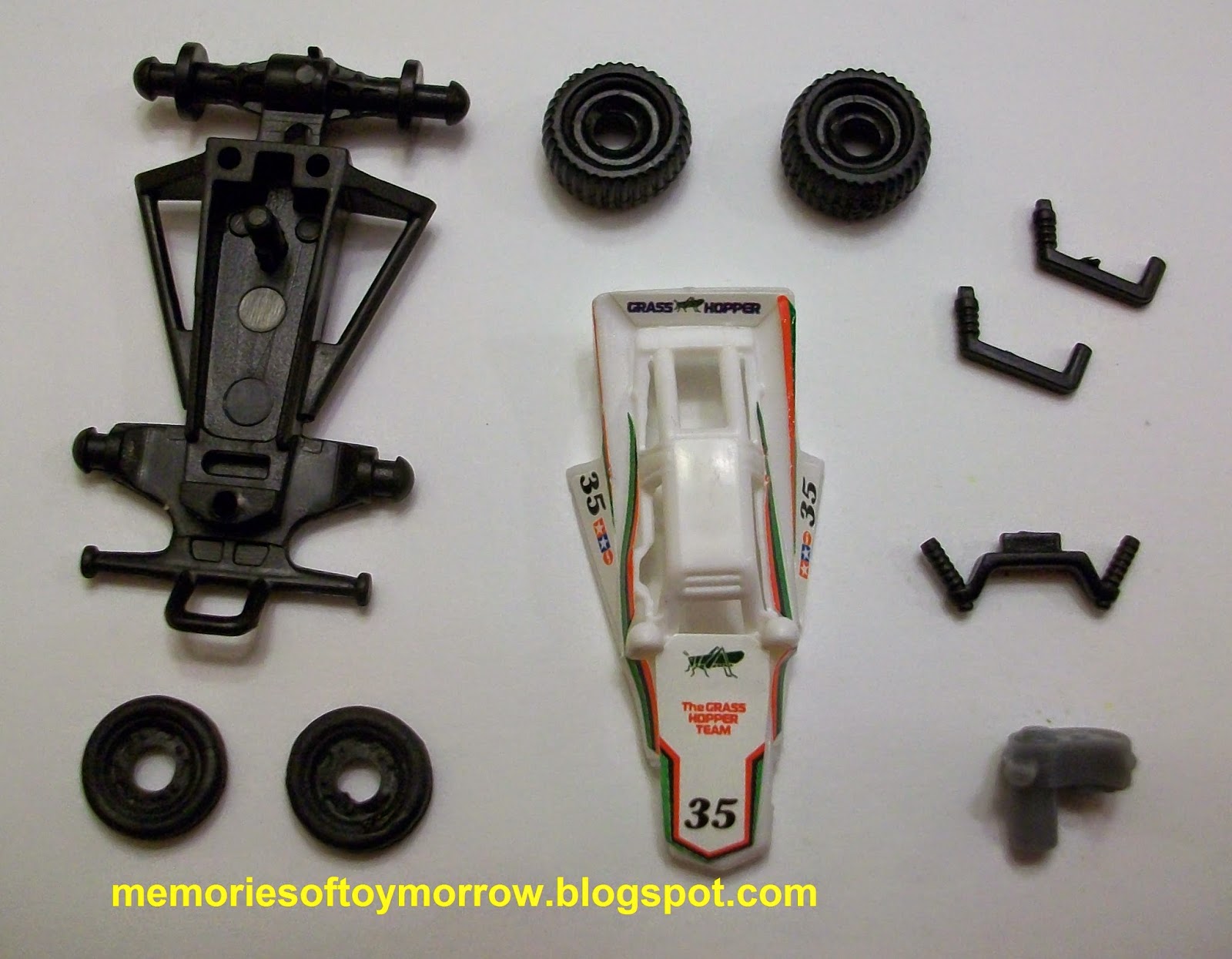 It is really easy to assemble and the finished product stays together tight. The end product is a good representation of the actual Grasshopper RC from the 80's and looks great ! 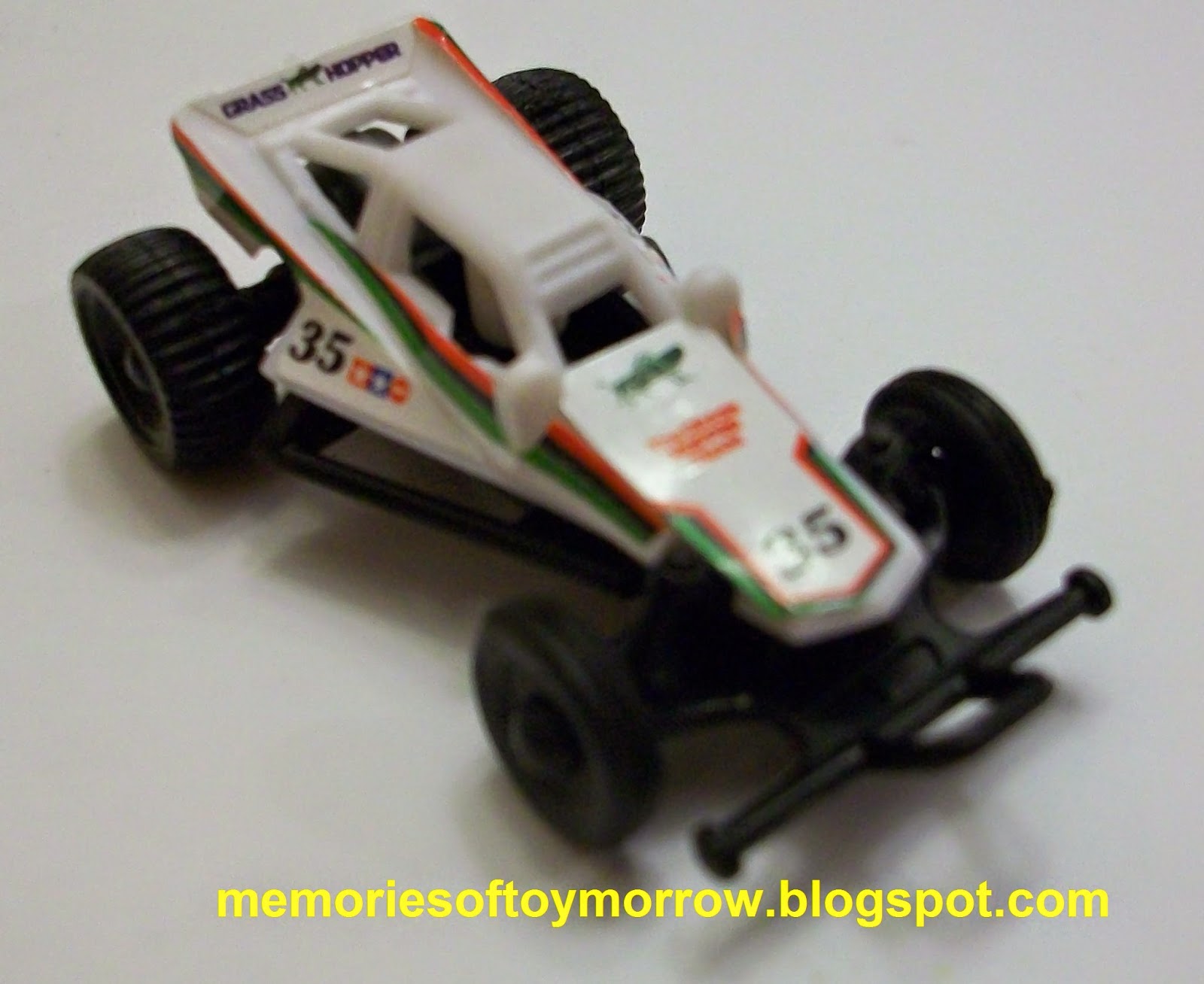 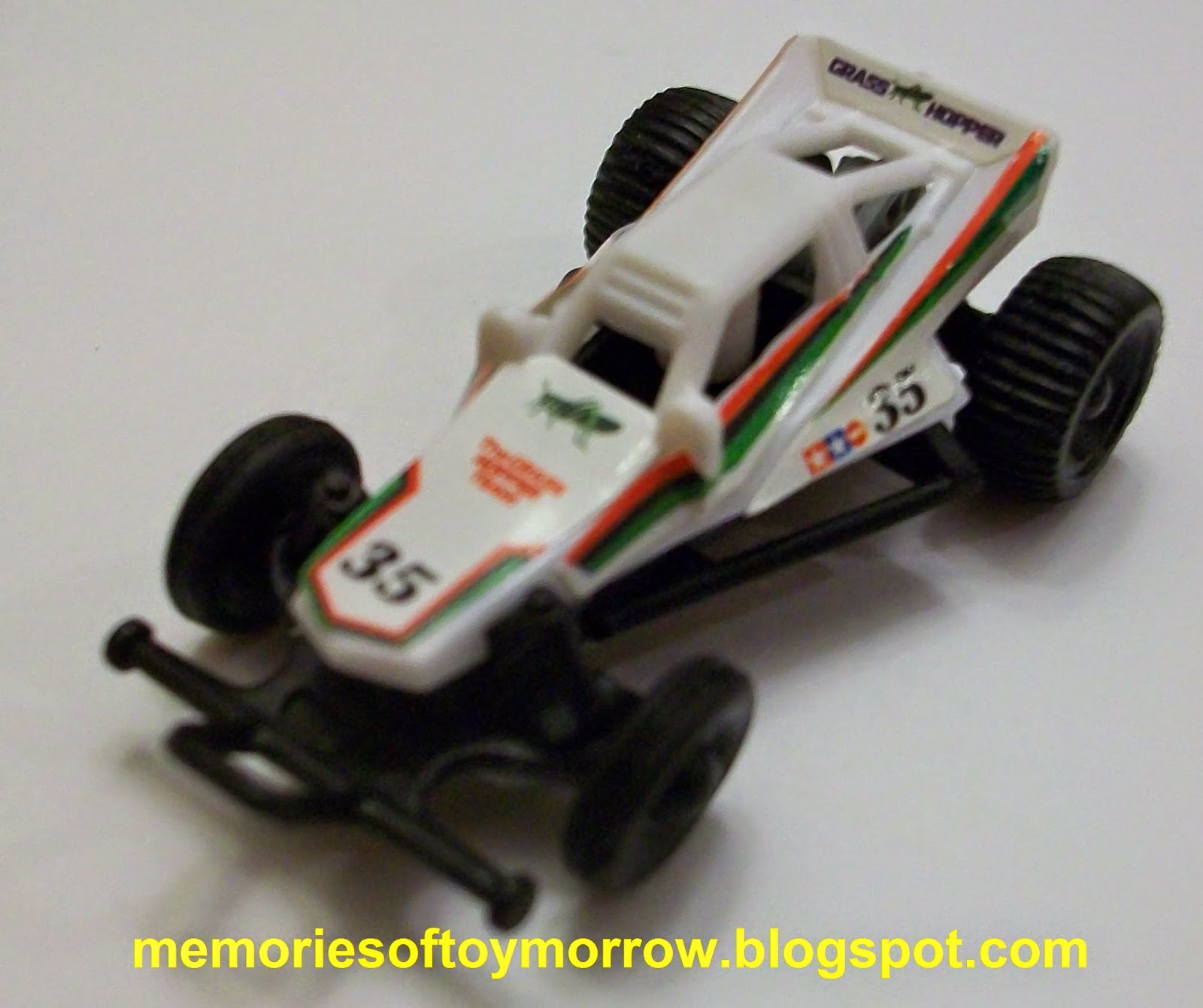 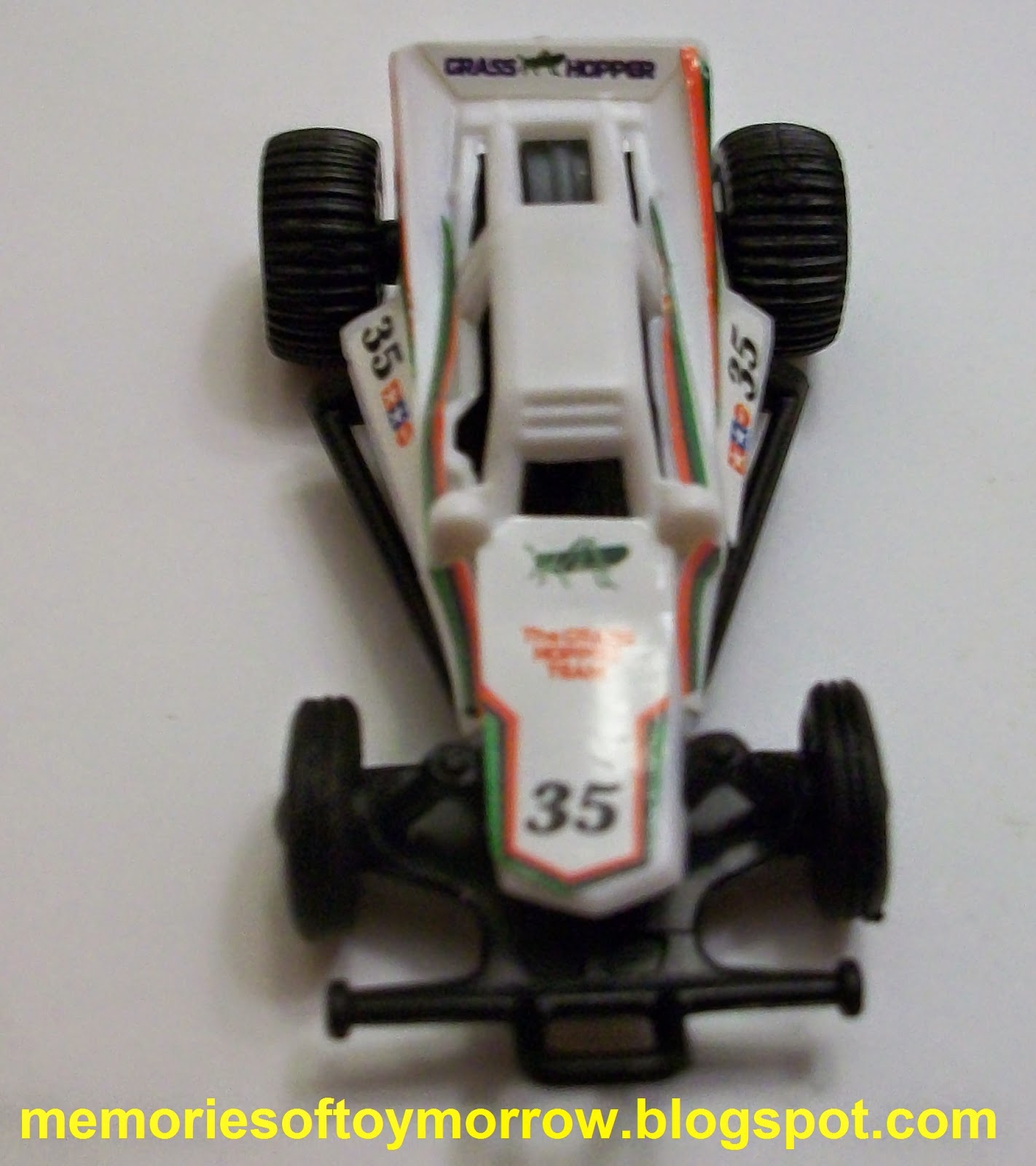 It even has a little dirt sticker to display it on :) 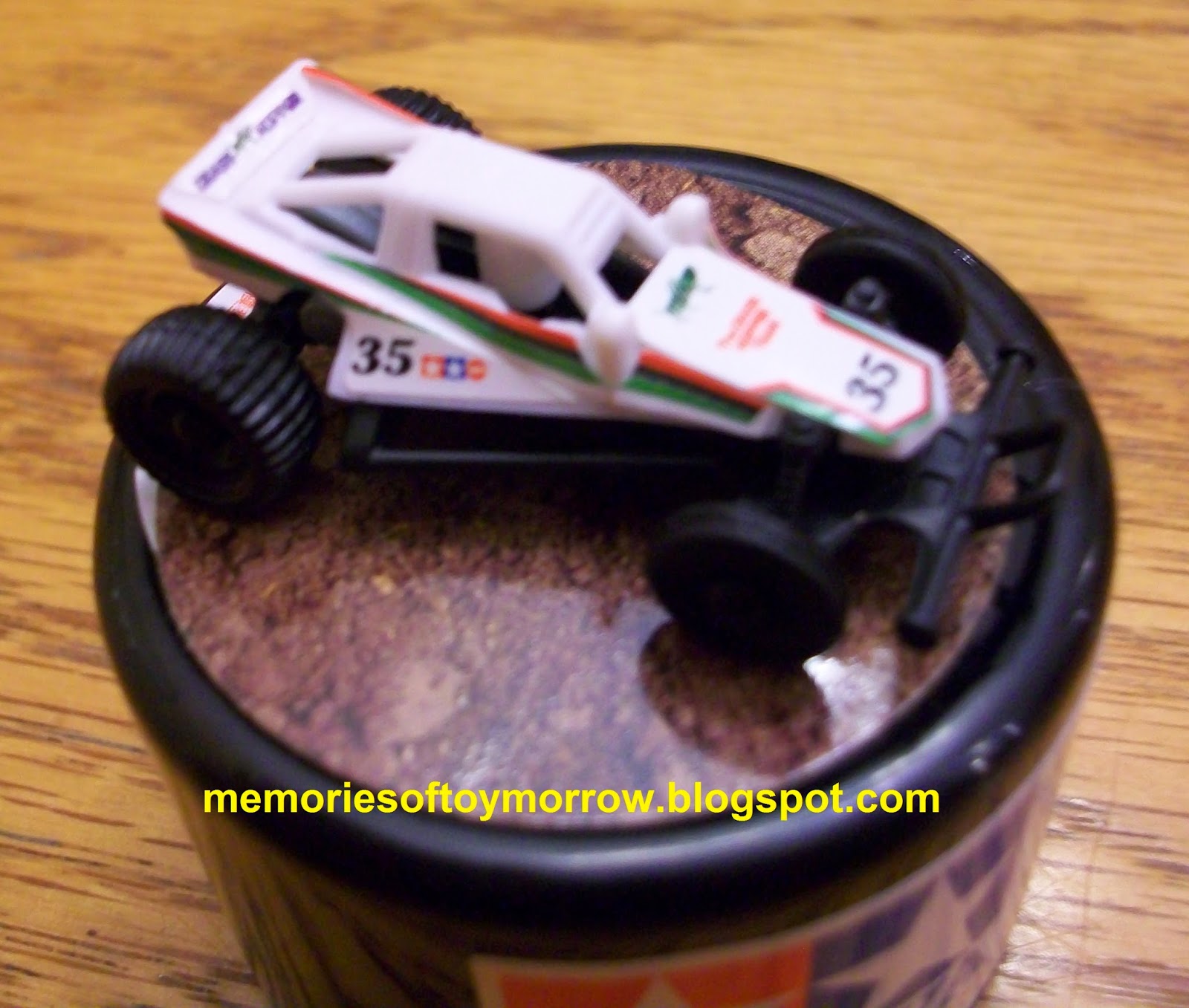 This model was well worth the few bucks I paid for it. It is difficult to display a real RC car easily and/or the cost of one may be prohibitive. This model is a good little flashback to a time when having fun mudding around with these little powerhouses anywhere we could get drive em was the best time ever.

My original Grasshopper got sold in the 90's along with my comic book collection to get a Peavey Bass Amp to start my music career. It was a decent trade off, trading one hobby I outgrew for a new one that I was getting pretty good at. I did manage to get a new Grasshopper recently off eBay. It is pretty much stock and I am going to keep it that way for nostalgia's sake, then get another to modify for racing like I did in the 80's. They can be a bit pricy but when I do the post about that toy, the memories that come back of my cousin and I racing them all over the place will make it well worth it.
Posted by Unknown at 9:27 PM