In 1982's initial offering of Joes from Hasbro, there were four "vehicle" drivers produced. While only two were really vehicles, and the other two were really mobile units that were hauled by the vehicles ... but I digress.
The "driver" of the HAL - Heavy Artillery Laser - Grand Slam !! 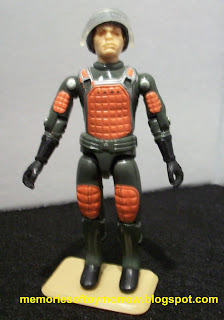 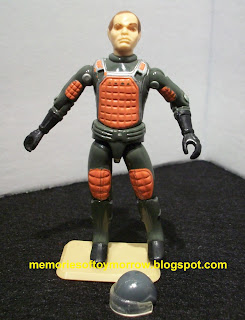 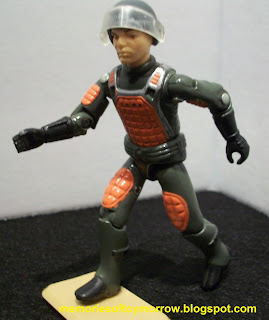 The original figure has straight arms and the original thick waist.
I always thought the shade of green in his uniform is cool looking. 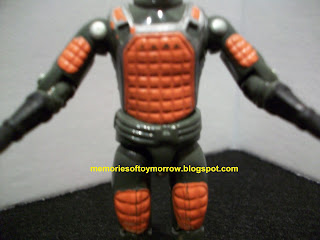 I always like Grand Slam. His weird outfit is kinda cool looking, if not useful. I just assumed that since his vehicle was a massive laser cannon, the red padding was actually lead lined protection. Knowing that, it was usually his fate to get shot in the chest. The padding was like a bullet proof (mostly) vest.
The HAL itself didn't get a lot of use. I was a bit biased against "lasers" in use, I would have liked a traditional artillery weapon. Also, since there were no Cobra weapons that needed artillery guarding against, I did not have a viable role for it to play. It got dragged around by the VAMP a lot !
Posted by Michael at 11:51 PM