TSR's Dungeon and Dragons Expert Rules Set 2 hit the shelves in 1983 as an Expansion pack to be used in conjunction with the Red Boxed Basic Rules Set 1 I posted about here:< dungeons-and-dragons-red-box-basic > and the subsequent box sets.
This is the 1983 revised edition by Frank Mentzer, which is part of the five box set series that tied the rules together to take your character from the Beginner to the Immortal. The Expert Set only contained one book that incorporated the Player's handbook and the Dungeon Masters Guide within the same book. Of course it came with a set of 6 basic dice and a crayon to color in the numbers, a staple of gaming back then.
The purpose of the Expert Set is to give game rules and expand the play for character levels 4 through 14.
For players; higher levels of spells for Wizards and Clerics, expanded tables for higher level saving throws and XP. More weapons are made available, including land and water transports with the rules for operating them. Rules for Wilderness travel and Encumbrance round out the player's guide. In all, the player's guide gives the player the "basic" upgrade for playing at higher levels, but at 18 pages, 11 of which are solely devoted to spells, not much else.
The Dungeon Masters guide is a bit more robust. Though only 23 pages, 1 of which is a hexagonal graph, the DM gets useful information about expanding the Role Playing for the characters. Included are rules for different types of combat such as naval combat and bombing. There are detailed Construction rules for building Castles and Strongholds, which is a bit of an undertaking in itself. The guidelines for NPCs are built upon and Research for Magic Items and Spells are brought in. Rules for running a Wilderness Campaign are outlined along with  sample Wilderness and Hometown.13 pages of Monsters are included with the highlights being the Black Pudding, Basilisk, Chimera, Djinni and Efreeti, Elementals, Golems and the dreaded Salamander. 6 pages of Treasures round it out. Obviously that is the reward aspect, bringing in cursed items and magic items including positive attribute weapons and intelligent items! The DM section gives some good info to expand the game play and make better rewards for characters, so it is a bit of useful fun to be added into any campaign. 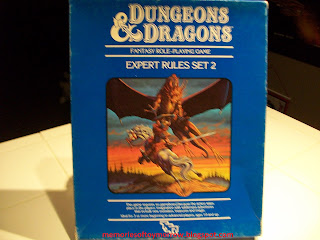 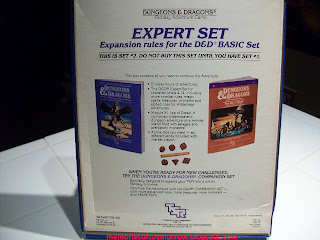 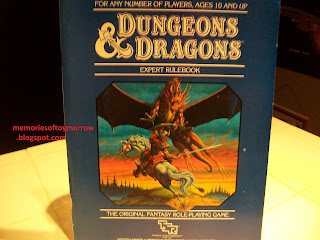 If your reading this you are probably familiar with the rules so I'm not gonna show pictures of tables and text, but alot of the drawings throughout the Rulebook bring back some memories....
﻿ 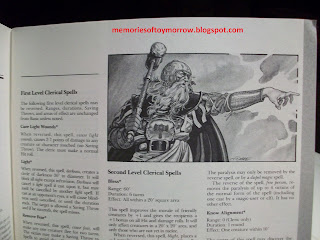 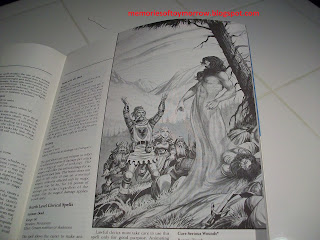 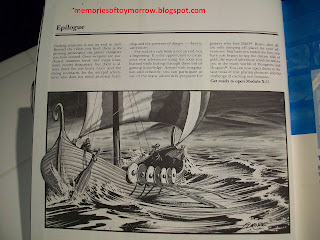 To make up for the lack of bulk content in the Rulebook, you did get the Isle of Dread, the first (X1) in the expert series of game modules. 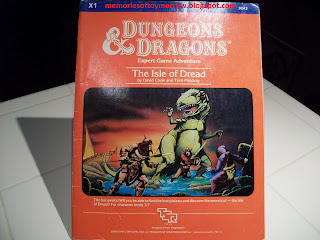 Ahhhhhhhh.....maps. What kid doesn't like pouring over maps and graphs..... 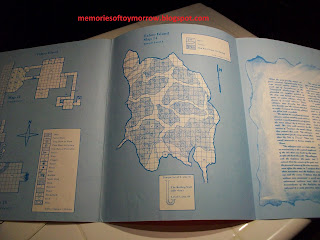 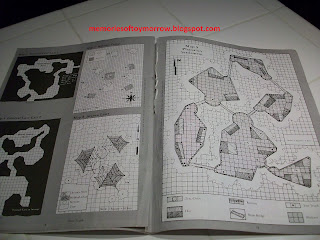 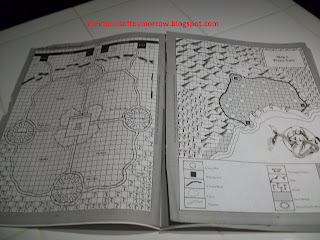 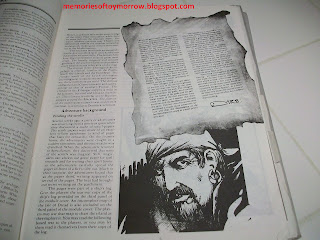 As a bonus, here is the 1980 Expert rulebook by David Cook and Steve Marsh. It contains basically the same information except that the 1981 version expanded upon most of the rules. There are a few exceptions where the rules more robust here but nothing groundbreaking. The cover is cooler though...... 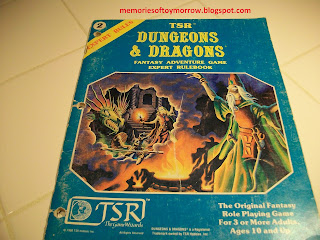 My version is second hand and apparently it belonged to Scott B. who liked to color in the pictures. BTW Scott, if you are reading this, you color well and the rulebook is being well taken care of, Thanks !!!! 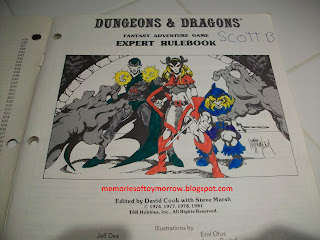 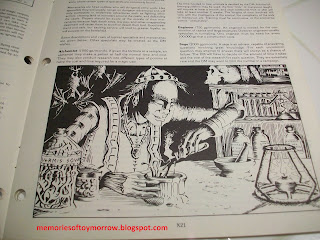 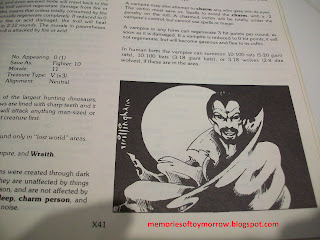 The Expert Set was the obvious move after the Basic Set was conquered. I remember getting into the Expert Set after "Basic Training", but eventually crossing over to Advanced Dungeons and Dragons and those cool hardcover books.


This was the proving ground for many a gamer and is still fun to play to this day. The boxed sets display well and are a cool conversation piece for those gathering of Geeks that happen from time to time.
Posted by Unknown at 11:09 PM