The Eagle Force line of figures was produced by Mego in 1981. R.I.O.T, the "Roving International Organization of Tyranny", was the enemy. There were a total of eighteen figures in the series. Several vehicles and playsets were produced, along with Adventure Packs that had some cool additional support equipment to go along with the line.


This is Savitar. His card has him labeled as an assassin but it's fairly clear he is a ninja assassin. Ninja were pretty popular in the 80's so just about any line of toys produced was bound to have at least one. 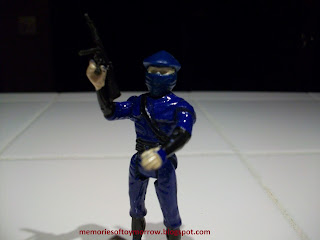 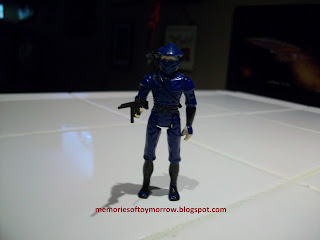 These figures were made of metal and had alot of detail. Sculpt wise, he is really well done. His facial features and body detail are great. Paint wise, he is beautiful. His paint apps are spot on and realistic.﻿ 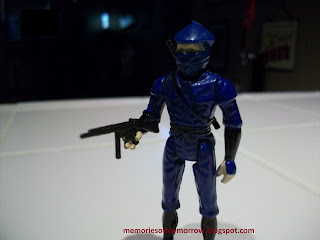 His Ninjato secured with two holes in his back.﻿ 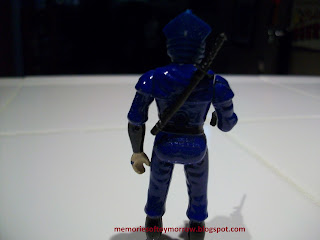 He comes with the sword and a MP5 submachine gun.﻿ 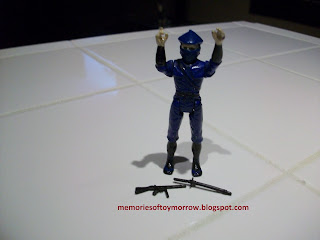 
Detail aside, this figure isn't the best plaything.
The metal body is clumsy, paint chips easy, not very poseable and does not hold his weapon well.﻿ 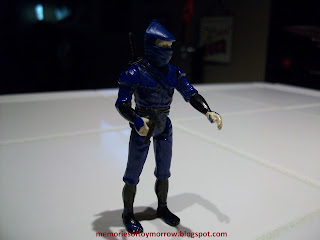 The gun is very small and, if misplaced, is very hard to find. 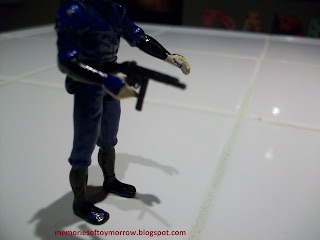 The sword looks cool on his back but isn't practical to play with. 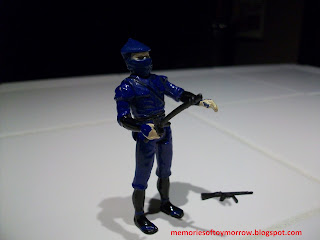 It doesn't sit well in his hand and has two big pegs sticking out of the side. 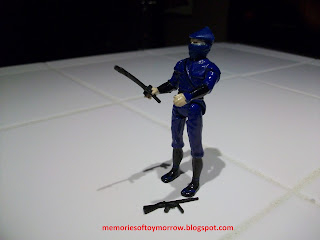 Savitar measures 2 3/4 inches in height. So to put it in perspective, here he is next to another famous Ninja. 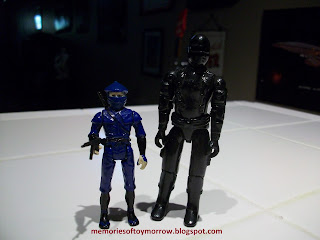 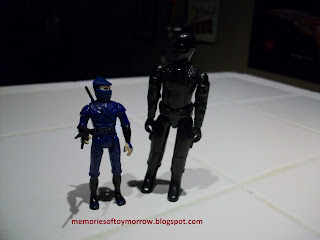 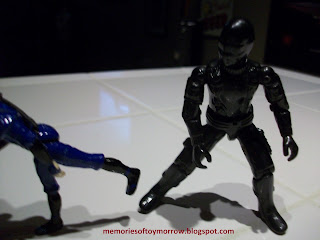 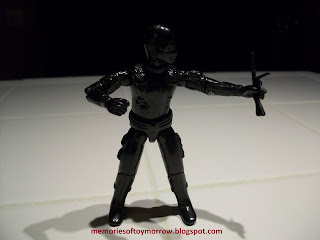 I had a few Eagle force figures back in the day and although the concept was very similar to GI Joe, they weren't the best to play with. The guns got lost quick. They didn't stand well unless perfectly positioned. They weren't compatible with ANYTHING because of their scale. Unless you were able to score a bunch of these figures and accessories at one time, you basically had one of the Joe's little brother hanging around.
Now, Savitar looks good displayed but that's all he's really good for. I just hope I don't bump him cause I do NOT want to go looking for that gun in the carpet any time soon......﻿
Posted by Unknown at 10:45 PM