Gabriel's Legend of the Lone Ranger Tonto...no its not Johnny Depp.....

In 1981, The movie Legend of the Lone Ranger hit the big screen starring Michael Horse as Tonto. Butch Cavendish was played by Christopher Lloyd of all people. Needless to say the movie was a train wreck. I wrote about the Lone Ranger figure from the line of toys based off this movie <CLICK HERE FOR LONE RANGER FIGURE> but at the time I had never seen the movie. Well, I recently had the "pleasure" of watching this God awful movie. All I can say is, although I loathe the idea of a Johnny Depp/Disney Lone Ranger movie, it cannot be as bad as that pile of crap.


One good thing I can say is the movie spawned a great line of figures, produced by Gabriel in 1982. There is no way a new line , forthcoming with the new release, will match up in any way.


Here's a look at Tonto:
First off the card is done well, not really emphasizing the movie except for the name. It makes it a bit generic, as back then, I don't think the movie violence would have went over well for children. 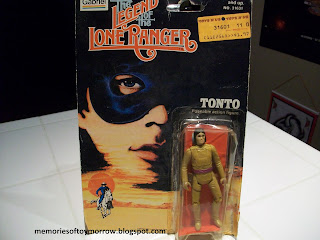 This line of figures are well sculpted, these rival any figure line produced. I equated the attention to detail to the Dungeons and Dragons line of figures in my previous post and Tonto does not disappoint. 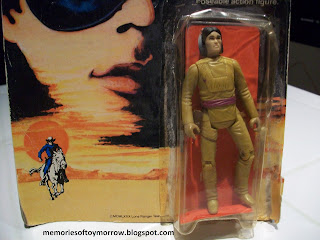 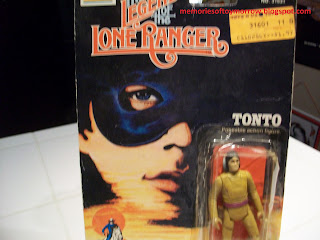 Even the card back is well done. The pictures are well detailed and show the whole line off well.﻿ 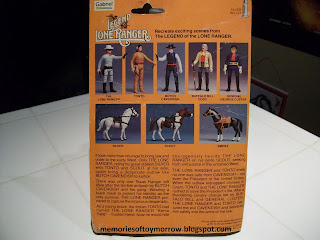 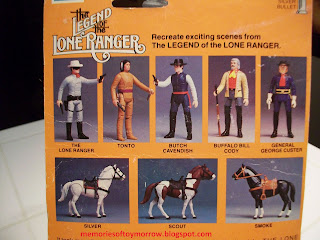 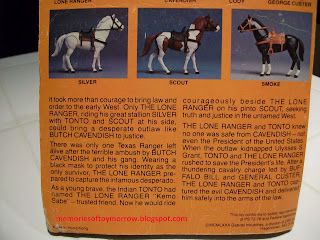 I am a big fan of holsters on action figures for realism. This figure has a holster for his AND a sheath for his knife! C'mon, in 1982 figures just weren't produced with this amount of detail! Seven points of articulation, shoulders, legs, knees and neck as well.﻿ 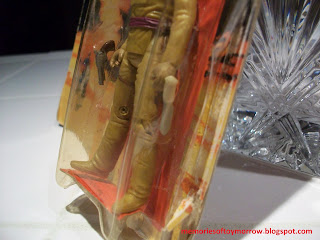 I loved western figures. The Legends of the West were among my favorites and these Lone Ranger figures fit in perfectly with them. The gun and the knife are very easy to lose, so I was lucky to get this one carded.
For a movie that lost 11 million at the box office, at least they produced some amazing figures.
Posted by Unknown at 9:41 PM

Email ThisBlogThis!Share to TwitterShare to FacebookShare to Pinterest
Labels: Gabriel, Legend of the Lone Ranger, tonto