I remember the day I got this one. Gabriel made a 3 3/4 version of my childhood hero. The Lone Ranger. 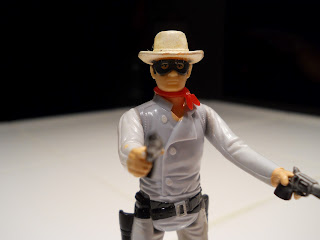 This is an awesome figure!!

Whats not to like. Great detail. Two pistols! HOLSTERS !! 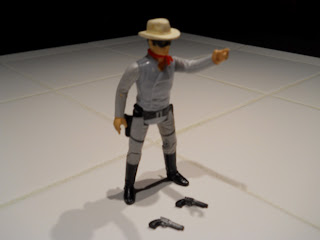 This figure line is so under appreciated for producing an awesome set of figure.....kinda like LJN's Dungeon and Dragons line....but that'll be later. 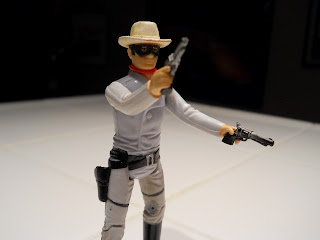 I have never seen the movie the toys were associated with (I actually own a VHS version and will watch eventually but I just cant bring myself to it) but I had all the figures and horses. I matched The Lone Ranger against my Legends of the West figures constantly.

It was a great time to be a kid and into western figures !! 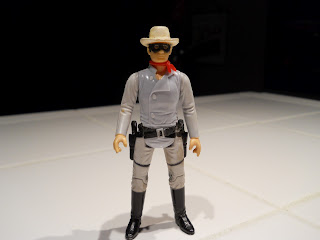