This time around its an ICONIC figure from an under appreciated line. In 1983 TSR produced for the Advanced Dungeons and Dragons line of figures....WARDUKE!!!! 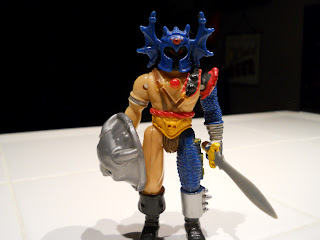 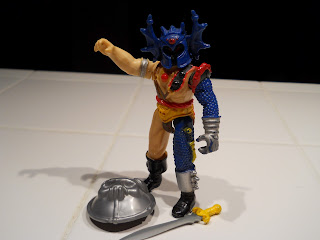 One look into that helmets Red Glare invited paralysing FEAR!! 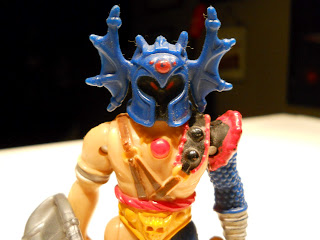 How many other figures fell to this Warriors steel blade cannot be determined. 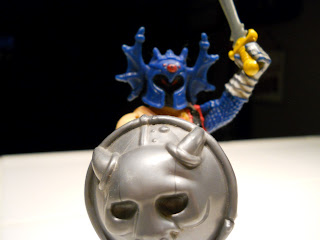 If you had these figures you probably had a Warduke. He was pretty easy to get compared to the rest of the line but he oozes coolness. This entire line is FRIKIN AWESOME!! I was a D&D player and the fact that there were figures to go along was great.....but the fact that they are some the greatest figures ever produced was the reason that I played the heck out these and had almost all of em....even the chase ones, which for some reason the CVS at the COMO Mall would always seem to magically stock....almost like a magical force was behind it !! Across from CVS was the Waldenbooks I would buy my modules from. Hmmmm.........
Posted by Unknown at 9:44 PM