I don't know about you, but I had alot of Transformers back in the day.....but they weren't my favorites. I really didn't get why they would transform out of their robot form. Yeah I know ...to hide, but on Cybertron they were all robots and if you saw a vehicle ...well...IT WAS A ROBOT IN DISGUISE!! THEY WERE ALL ROBOTS !! I know its my issue to deal with, but as always my favorite was a villian .... MEGATRON! He is cool as heck and I could use him as a gun in other play. Anyway that brings me to this. I stumbled onto these mini  Robot Heroes and I immediately gravitated to them. Its his robot form and that all I really want anyway!! 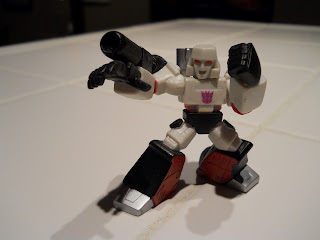 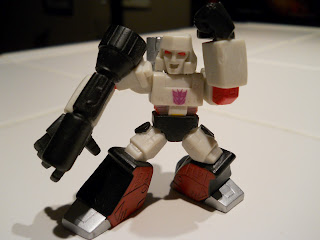 A lot of detail in them, but not much articulation, but its a mini PVC figure so you cant expect much and he looks so happy !! 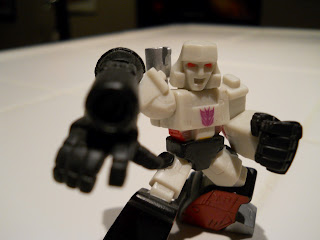 "And I'm staring down the barrel of a Fusion Cannon..." at least that's how I think Shinedown should have sung it!