Hasbro, in the early stages of the GI Joe line, produced a Duffel Bag so kids could carry their gear while sporting the Real American Hero theme ! This was a total impulse purchase for me. I came across this while trollin' Ebay. I have never seen one before and if I would have seen it in 83', I would have been lugging my Dungeons and Dragons manuals back and forth in this !!


I could not find any information on it, but from the selection of characters I'd date it about 1983. Its made of very thick canvas. Measures 19 X 16, so its big enough to carry quite a bit ! The Screening of the graphic is done extremely well. The pictures do not do it justice. The detail has great depth to it and shows off well. 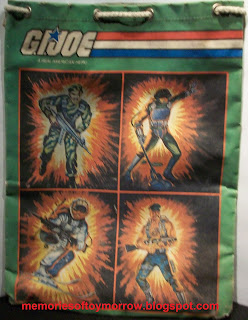 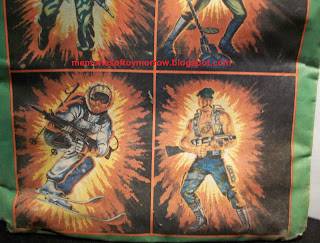 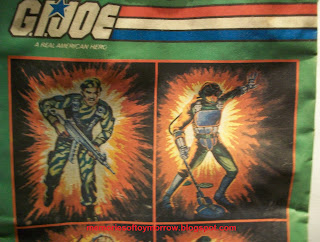 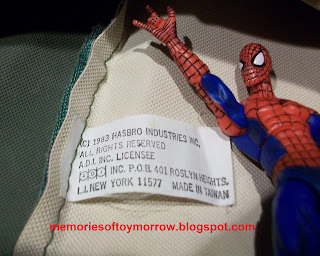 It funny, I started doing this Blog to write about my collection. In the process I have found or been introduced to items that I never even knew about. I was a massive GI Joe addict and lusted over every item that came out. Then I find out there was more. Its like being a kid again, uncovering a lost gem on Ebay or getting introduced to the world of Remco reading Revenge from the Cosmic Ark. Even after all these years I can still find something new, that's really cool !!
Posted by Unknown at 11:32 PM