The First Version of GI Joe's Clutch is a "Straight" Guy !!

In 1982, when the first series of vehicles were released by Hasbro for the GI Joe line, we got one of the coolest vehicle drivers produced ! Driving the "VAMP" (Vehicle.Attack.Multi Purpose) is Clutch . 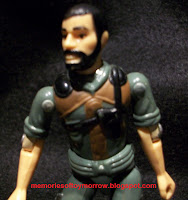 The first version (v1) has the classic Straight Arms that only bends at the elbows. Also, the torso is the thicker version that puts more stress on the O-ring, but does not easily suffer the "Broken Crotch Syndrome" that can plague these figures. Another cool feature is that the chest is a completely original design, not reused on any of the other first series figures. 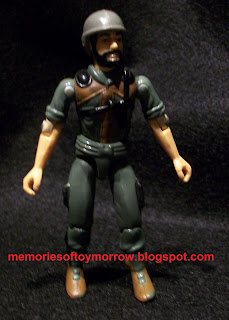 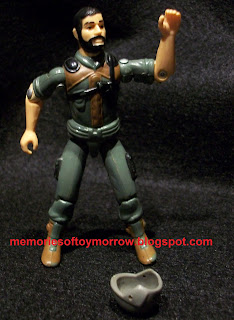 Clutch was one of my favorites from the first line. I got him in the Great GI Joe Birthday of '82 that completed my GI Joe collection that year. Not only did he drive the VAMP, which was a staple of my adventures, but his file card made him out to be a bit of a rebel. I used him as one of the most vital members of the team. Being the mechanic had Clutch constantly pulled into repair situations to get the team to safety, or driving like mad to exit a hot spot !