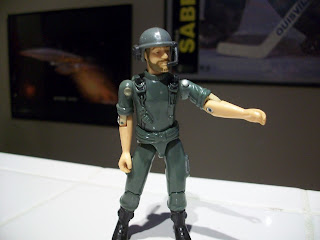 It was 1982,  I was at the local K-mart with my mom and saw these gems on the pegs. When my mom said I could get 2, I could barely contain myself. Of course, the first one I picked was Breaker. The real reason was I thought he was GI Joe ( you know the flock haired ones - I was only 9...). I also picked Short-Fuse, he had alot of accessories. It did suck when I realized that I picked 2 that did not have guns, but a couple of stormtrooper blasters fixed that.

Anyway... Breaker was my first. This little piece of plastic started me with an obsession that lasted all my life. The one pictured is the one had and still have from my childhood. I've always kept care of it, made sure he always had a role in my play and was devastated when Marvel killed him, but the fact that they killed off a bunch was a good trade off.

When I saw they remade Breaker in the new line I was excited, went on Ebay and snagged Corporal Breaker. 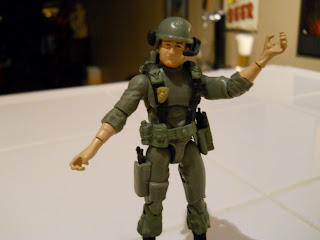 Let me just say that I was sorely disappointed.

First the good: Has 2 pistols, detail is nice, holsters for pistols.....
The Bad: Everything! - flimsy, cant stand on its own, hands cant hold the pistols steady,very articulated, but to a point where it compromises playability, the helmet falls off at any bump and the backpack falls off way too easy (and its Flash's for some reason!) 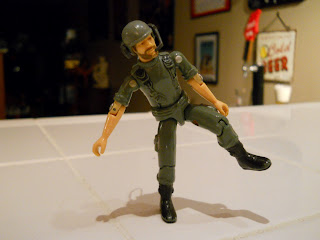 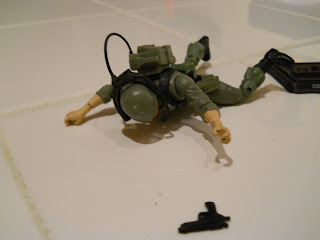 You just cant beat the old joes. I recognize that the new line is detail focused and I REALLY appreciate the things like holsters, pistols that are to scale and removable clips and stuff, but it does not overcome its faults. Best thing to do, take the new accessories and apply em to the old ones. 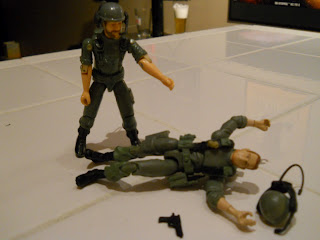