There are many like it but this one is mine, Mego Batman! 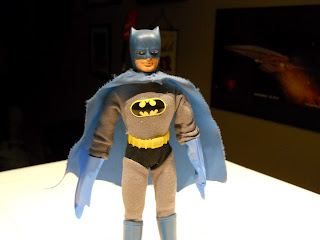 Anyone who grew up having there figures will tell you that you cant beat what Mego figures did for the imagination. The articulation and detail that went into em are outstanding, but not over done like the stuff being pumped out today. 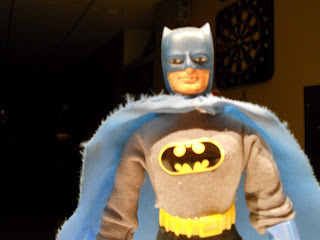 Batman had many variations but this standard version is great. At 8 inches tall it was perfect to act out any scenario that you could imagine. Of course the first thing that got lost are the gloves, they added nothing to the playability and really got in the way of any play. Blue painted hands would have been a better alternative but cost probably had something to do with that. The suit is durable and could be washed if dirty. I gotta admit; I learned how to sew by fixing split seams from a tough battle and sewing on the clasps that might have fallen off the back of this uniform.The removable utility belt had enough detail where you could imagine anything spawning from there to help the Caped Crusader in his fight against evil. The style, detail and character this figure has lends to play and imagination. If you happen to get Robin and a Batmobile.....the Joker didn't stand a chance !! I remember once Ponch and Jon pulled old Bats over for speeding, lets just say it didn't go over well :)

All in all, Mego produced a Batman figure that could stand up to a young boys adventures but would be capable of repair in case of any damage. This toy is so durable that some decades later he can still party with the best of em :) 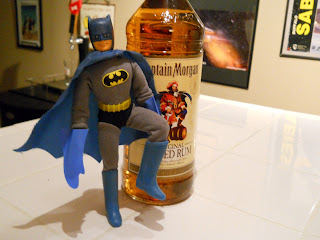