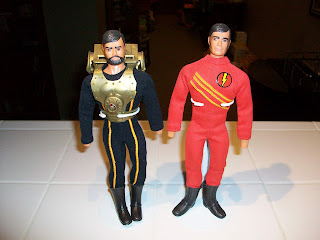 Where it all started...... I remember having toys as a young child but Super Joe was where my obsession with toys began. These are the two I had and they were enough. The accessories kept me playing and their height lent to the eventual fights with the Megos that came next. 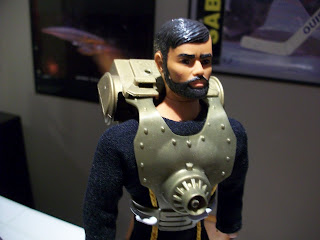 The commander was great!! His backpack, powered by a AA battery, let other accessories (sold seperately) plug in to him and have power. In my play he was the leader that set the rules and commanded men. 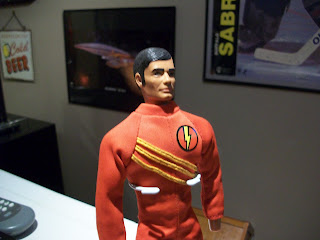 The adventurer was the grunt that did the work. Check out those sideburns! Must've been auditioning for Star Wars :)

As you can see the hands and joints deteriorated as is common for these figures but a couple of stands and they are ready for action !!
Posted by Unknown at 9:50 PM