How could you not?

What could be better than a 20 sided die you ask? 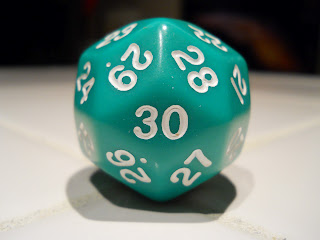 Now I remember this game called Dungeons and Dragons came along one summer day to a young boy and when it was explained to him how it works he thought, "Just a boardgame.....I've seen dice."

But when he saw a 20 sided die for the first time it was like his future before his eyes. He would game with dice, collect different kinds and settle disputes with them. Even into his later years he and his friends would find ways to incorporate dice into anything.

It wasnt until those later years til he would put his eyes on this. A magnificent, 30 times faceted wonderful object. 20 sided die were all he knew but now he there was more. If d20 is good then d30 must be GREAT!!!! 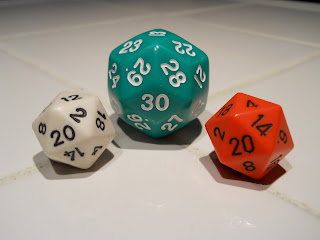