Most of my time in my early youth was spent on my Commodore 64. It was a big step up from Atari and Nintendo wasn't out yet. This was the system of choice. Of course, it was meant to be an actual computer, but it is very limited. It runs on 64 kB of RAM. Thats kilobyte. 64. To put that in perspective my meager laptop runs on 4GB RAM.

The C64 has 20 kB of ROM, made up of the BASIC interpreter, the kernel, and the character ROM. As the processor could only address 64 kB at a time, the ROM was mapped into memory and only 38. 911 bytes of RAM were available at start up. (thanks wikipedia )

That's a ridiculous difference in processing considering that the C64 come out in 1982, only roughly 30 years ago.

Anyway, I pretty much used it as a gaming system cause despite the limited capability of the unit, there were some 10,000 titles available for the unit!! The games were incredible: Forbidden Forest, M.U.L.E., Raid Over Moscow, Pitstop, Winter Games, Spy Hunter.....I had hundreds!! The graphics were pretty good for the time, close enough to the arcade that you wouldn't bitch but a little off. one of the biggest memories for me is the music. Some of the soundtracks of these games are frikin epic!! I played Forbidden Forest and it was like a flood of memory through audio. You just cant buy this sort of memory!! Well....38.911 bytes of it! 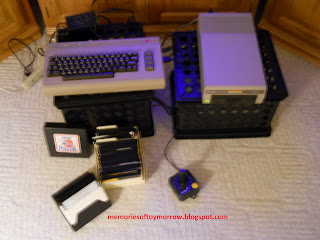 Look at that power supply! I actually had one burn up on me. Melted a hole straight through it. Stunk like hell. I was glad my Dad could get another cause at the time I was pretty worried! 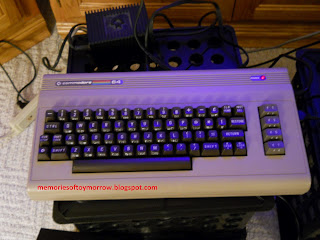 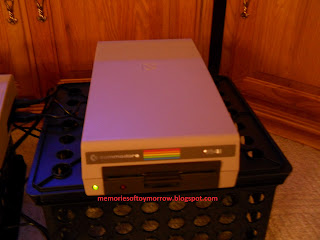 Had a paper route at the time and I spent big bucks on games. Those big ass floppys cost some dough. 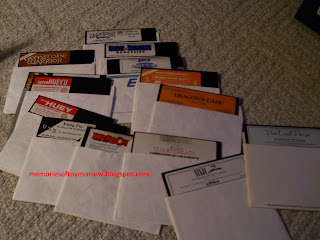 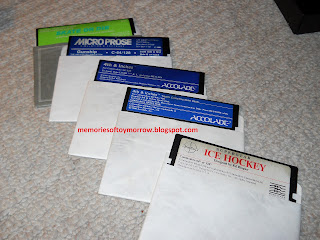 Always happy to see that start up screen.....﻿ 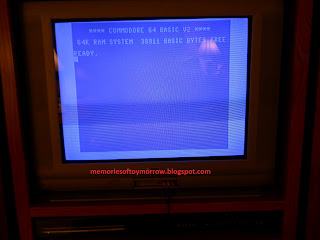 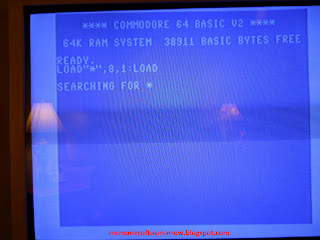 For what I couldn't buy, there were multitudes of copiers and blank floppys. 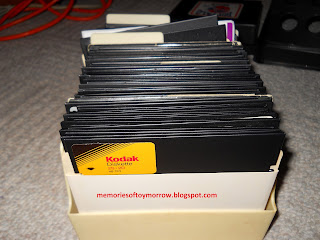 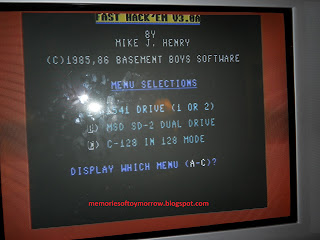 Anybody want a game copied?? :)

I'll be posting the games as I play em with screenshots. The next C64 post will be about playing Test Drive with my cousin for the first time in 20 years and how we were blown away by discovering a part of our history stored away until then!!

Update: Click the link to find out about the time capsule hidden in Test Drive !!﻿
Posted by Unknown at 1:01 AM