This is the second version of Grunt released by Hasbro, the swivel arm version is considered 1.5....
He became the Falcon Pilot at this point. Strangely enough, also in the 1983 catalog, he is still available as his green swivel self. Anyway, this is a first for the GI Joe line as Grunt becomes the first Joe to get an alternate version (Along with Grand Slam). Grunt became the pilot of the Falcon Glider, but I have to admit, tan is an odd color to package with the Camouflage glider but at least Hasbro changed him ! 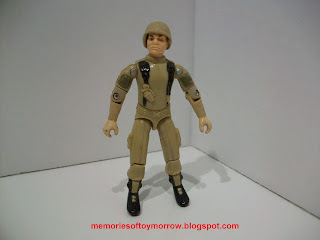 The ad for the Glider and Tan Grunt. 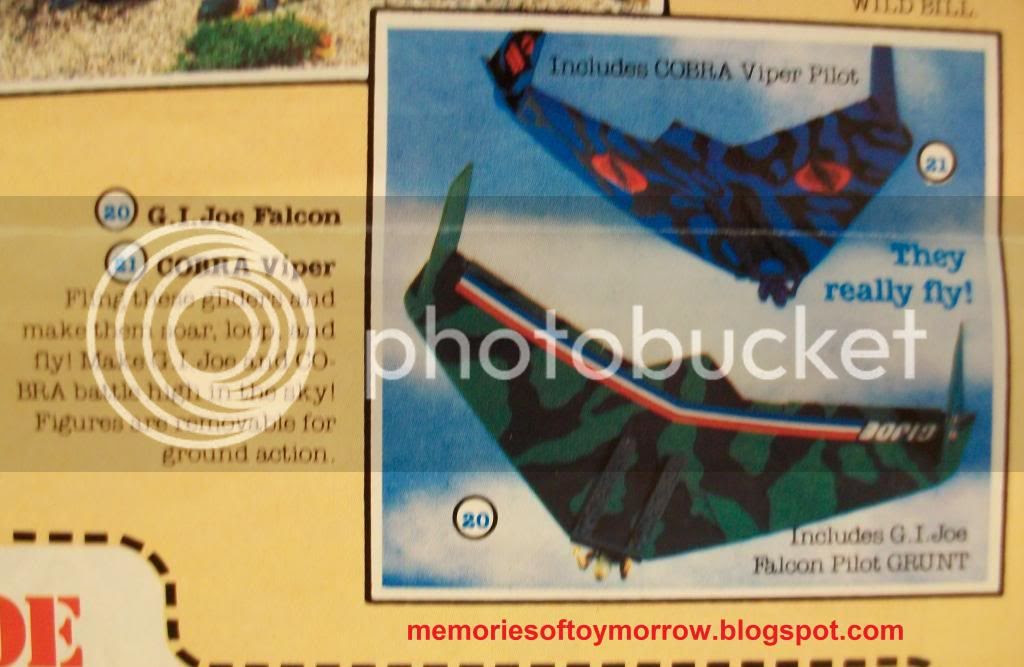 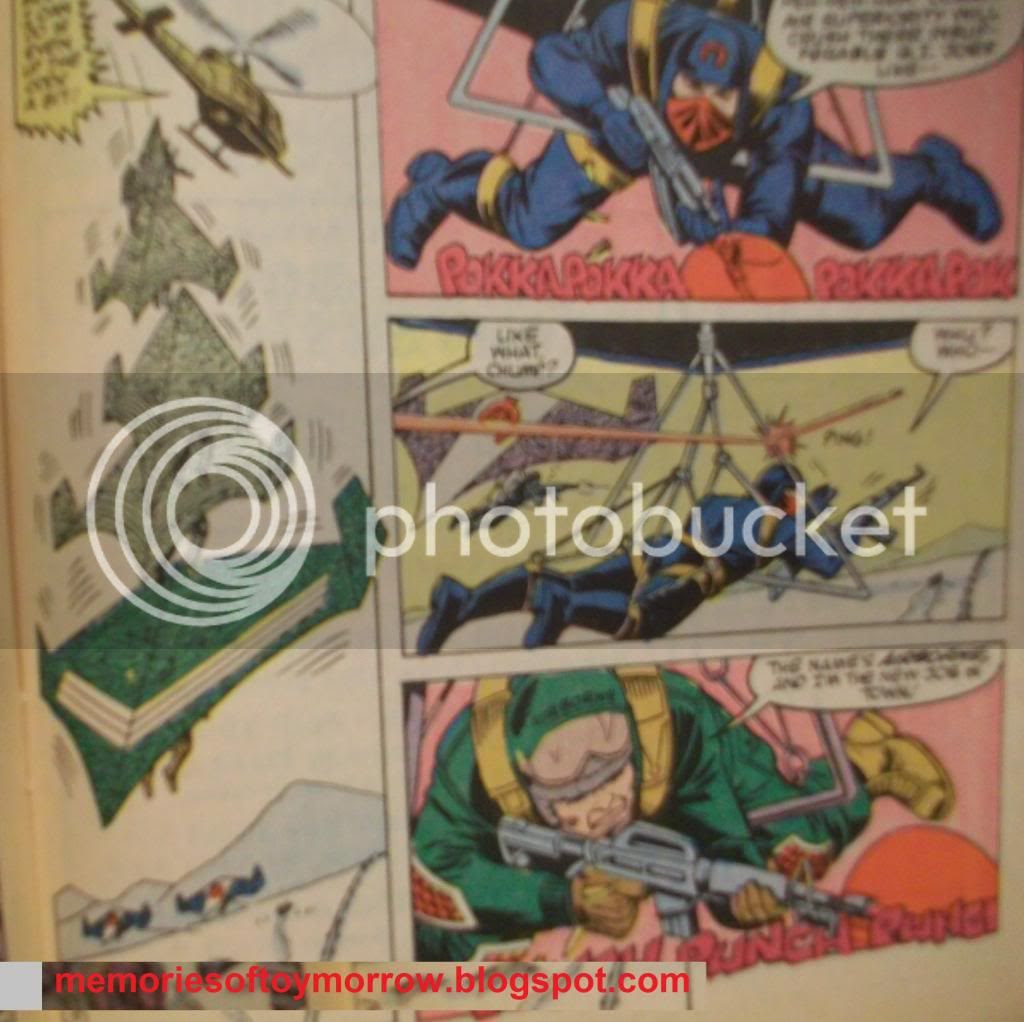 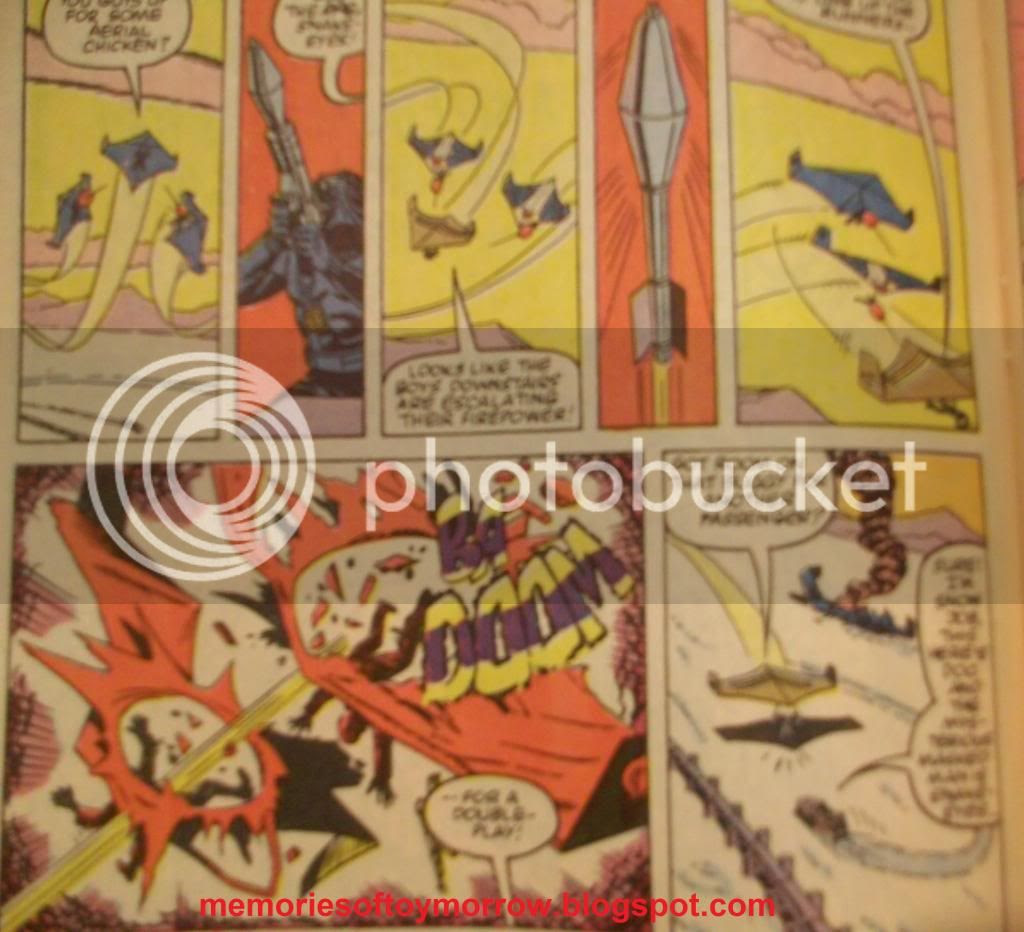 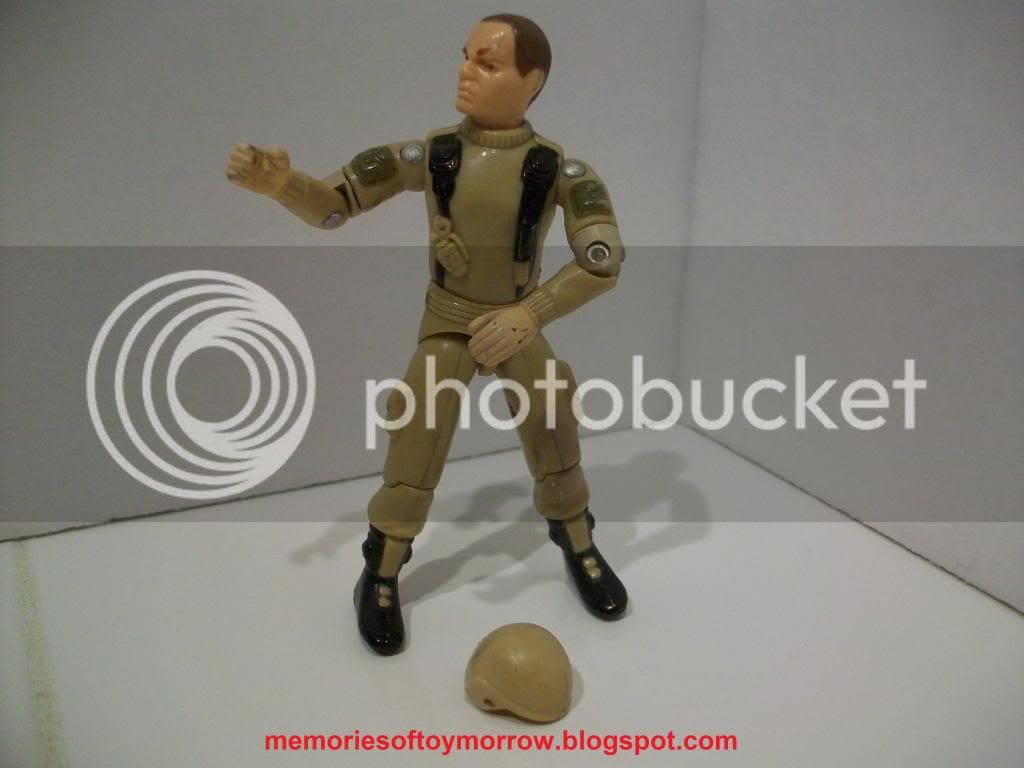 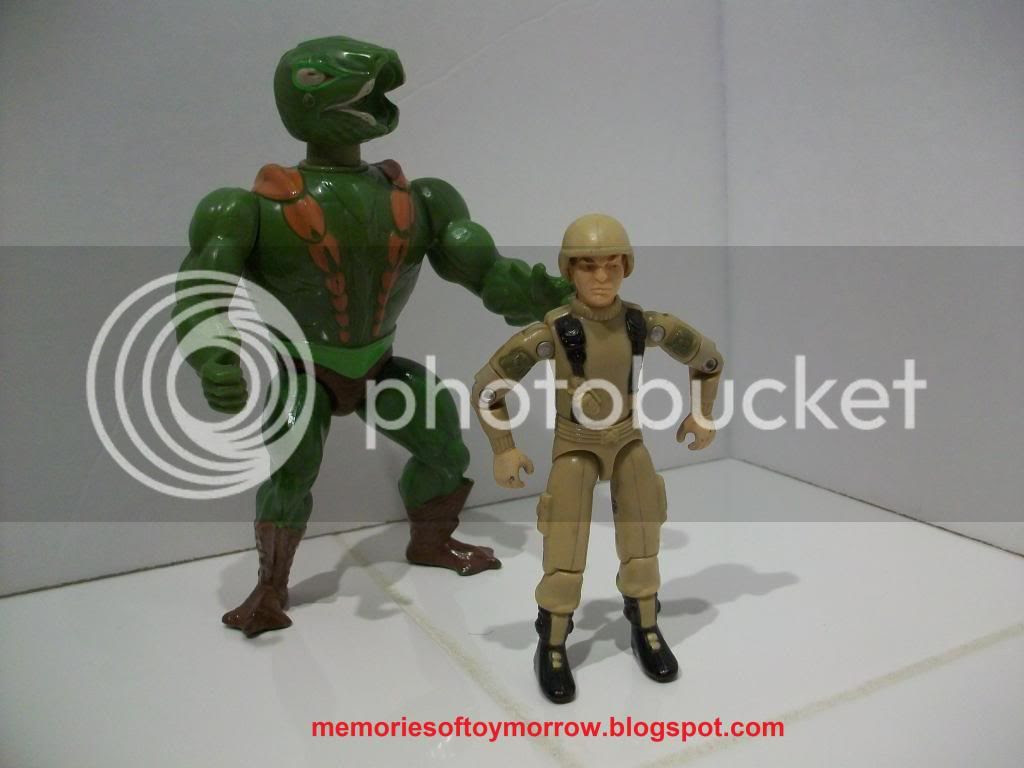 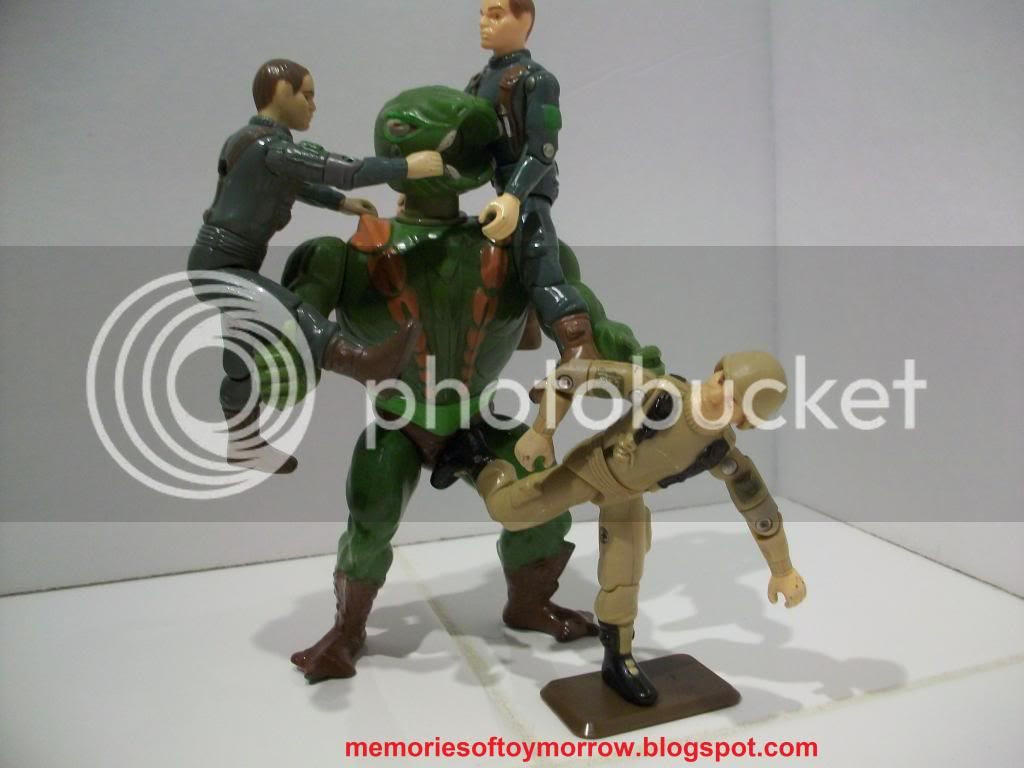 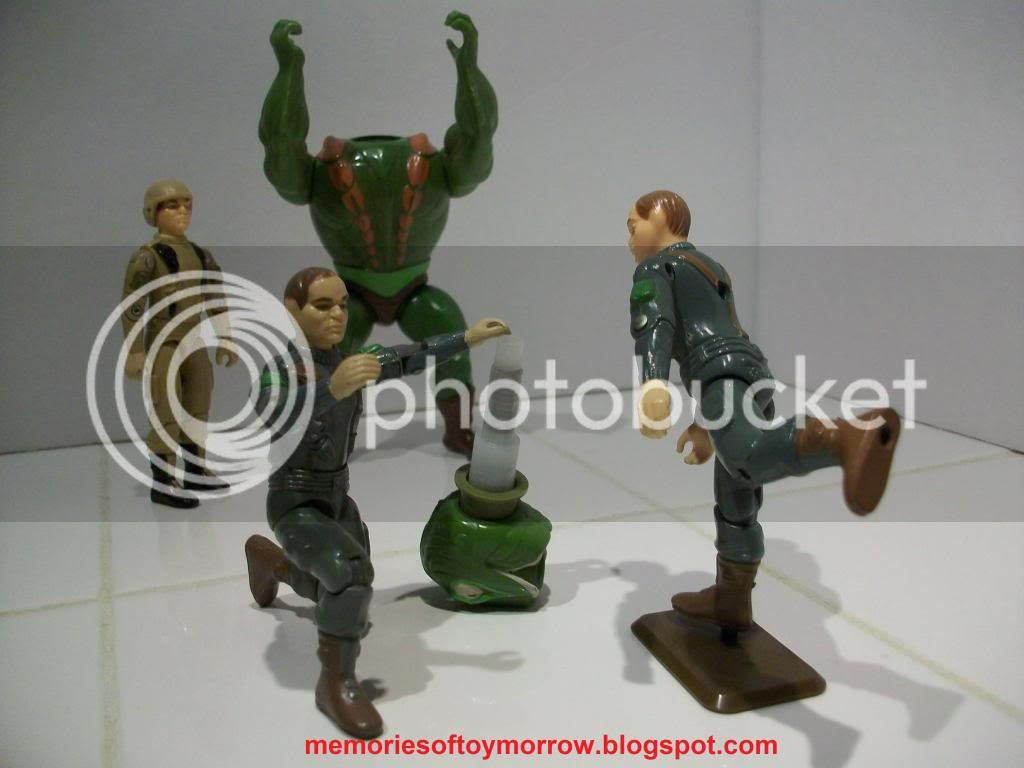 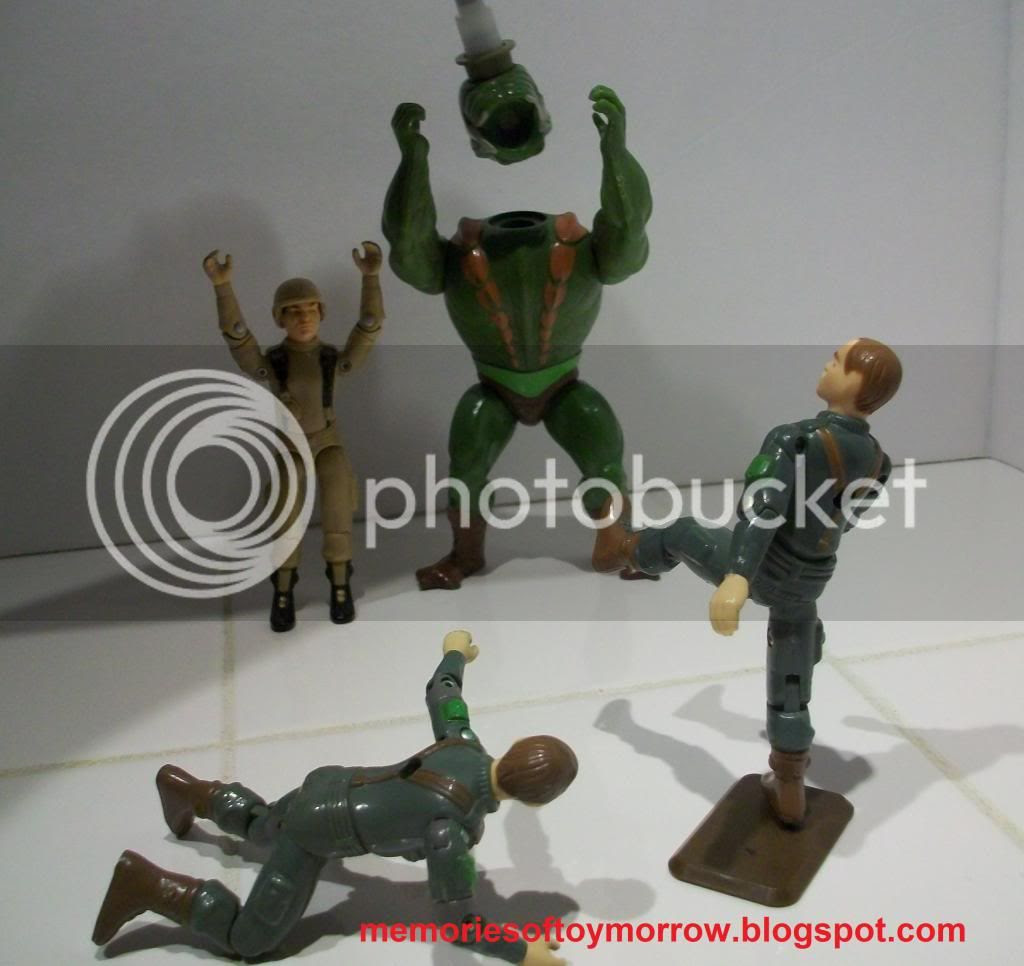 By my birthday in 82' I had all the original Joe's and vehicles, except the MOBAT. I remember going to Hills department store Jan/Feb'ish of the next year, and unbeknownst to me, the new wave of Joe swag was hitting the shelves !! I hit the toy aisle and the there was the Glider !! I snatched that box up and, armed with some leftover Christmas money, made it my own !! I got that piece of thin Styrofoam home, put it together and stickered it up. I went living room and let it fly !!!
...... and it soared ...... flying like a beautiful falcon looking for its prey......but like all objects with mass in a gravity field, it fell to the Earth....and broke. I'm not sure but I think I may have cried. Its OK, I can admit it now.....
That glider was mainly Scotch tape by the next week. The cool thing is I still remember destroying it for good. I don't remember who was piloting but he got hit with a Cobra salvo that rocked that Glider to pieces !! I had the new catalog for a long time though :)
Posted by Michael at 11:13 PM