GI Joe Lifeline, the Medic that needs a Dictionary !!

Lifeline; Version 1 from the GI Joe Real American Hero Fifth Series released in 1986. I was a Doc kid myself. By the time Lifeline was released I was thrashing my head to Slayer and was, well, into other stuff ....


Anyway, as I got back into collecting GI Joe I immediately took a liking to Lifeline. I always liked the Field Medic's role in Warfare. Fixing the wounded while all Hell is breaking loose around you. That's someone with nerves of steel !
In the Marvel Comics continuum; Special Missions # 4 and Action Force # 8 ; Lifeline was portrayed as a Pacifist that hates guns and uses his intellect. Someone should have shown him what Webster defines as a Pacifist ....... 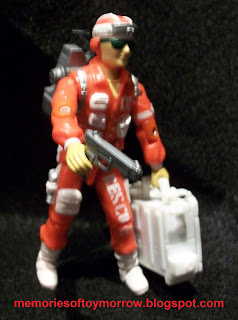 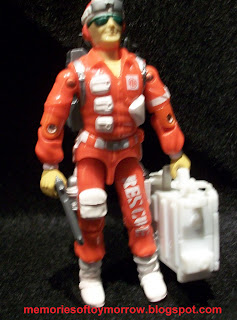 
1 : of, relating to, or characteristic of pacifism or pacifists
2 : strongly and actively opposed to conflict and especially war
OOPS !! 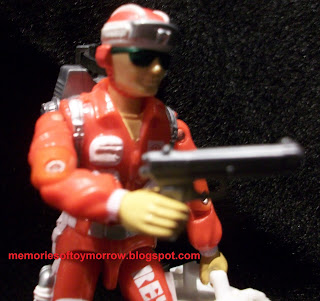 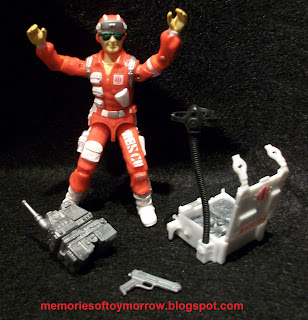 While I like Doc a lot, I see him as the Chief Medical Officer mostly in Surgery. Lifeline I see as the guy in the field sending the wounded back to base as they need help. Lifeline is well equipped and is carrying enough gear to be an asset in action.
Looks like Rock n Roll has a blown crotch !! Can Lifeline save the day ?!?!?! 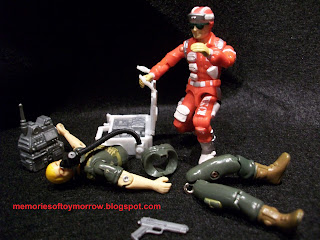 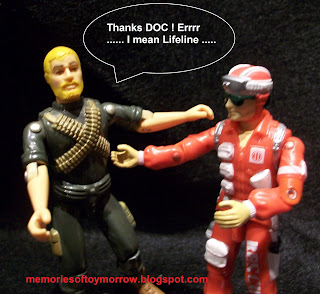 Mr. Steen makes a pretty cool action figure. Aside from the pacifist stuff, he looks like he would be a formidable force out there on the line. I could see him being a constant member inside the Tomahawk as it lands in hot spots picking up the force from battle !!
Posted by Michael at 11:18 PM