One of my first posts (which you can read here: Breaker vs Breaker) was about my Straight Arm Breaker. Breaker was my first Joe and the start of my obsession with Hasbro's GI Joe line !


In 1982, I was at the local K-mart with my mom and saw the first lineup of GI Joe on the pegs. When my mom said I could get 2, I could barely contain myself ! The first one I picked was Breaker. The reason: I thought he was GI Joe ( you know the flock haired ones - I was only 9...). I also picked Short-Fuse, he had a lot of accessories. Breaker has always been one of my favorites and I was devastated when Marvel killed him off. That figure was the straight arm version.
In 1983, Hasbro introduced the Swivel Arm Battle Grip and we got Version 1.5 of all the original figures. Even though I love the straight arm figures for their nostalgic value, the swivel arm battle grip was a major upgrade ! The figures became instantly more poseable and the play value it added is incalculable.
Breaker enjoying his new moves ! 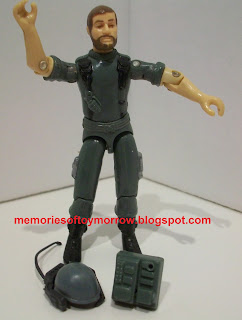 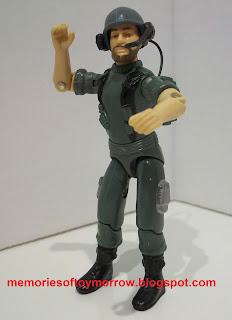 His equipment is outdated by today's standards but still look pretty cool ! 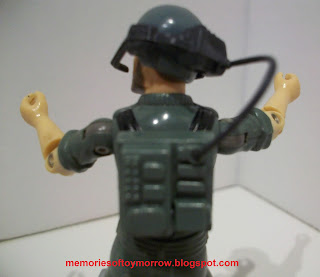 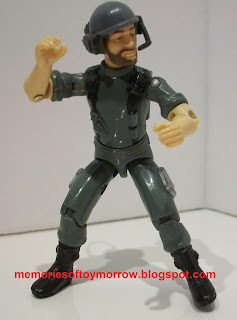 Here is a comparison; my original straight arm version and the swivel arm version. The same basic figure except for the arm movement and a subtle change that was included as well: the hips were slimmed down to take some stress off the O-ring. 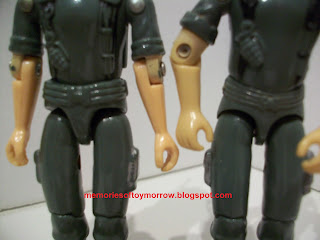 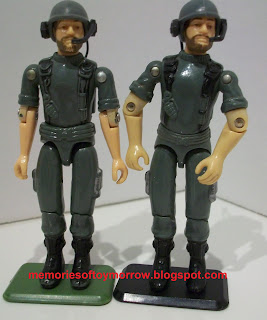 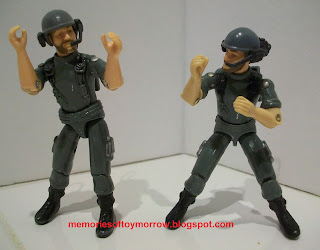 There is no question that the swivel arms add to the poseability and realism. Fighting stances and overall balance are upgraded. The smaller hips give him better stability as well. 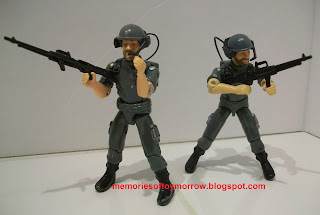 The biggest difference ? The ability to hold a weapon in a realistic manner. The straight arms don't allow for a comfortable pose. The swivel arms make for an easy task of letting Corporal Kirby handle a weapon.


Also, this year I have an agenda for my collecting habits: to immortalize the origins of the 3 3/4 G.I. Joe line. I will put together a "Hall of Fame" combining every original Joe and Cobra in both Straight and Swivel Arm versions. Click the link at the top bar to see the current state !
Breaker, in both the Straight and Swivel Arm versions, occupy an area of the Hall of Fame as the newest complete inductee ! 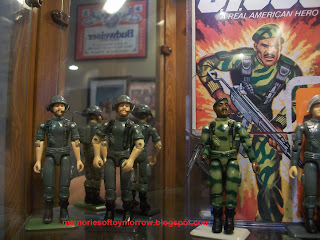 Breaker, in both forms, fits in well with the rest of his comrades ! 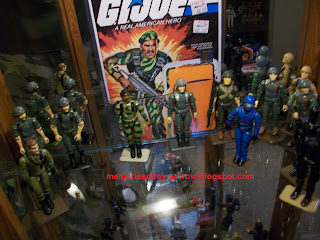