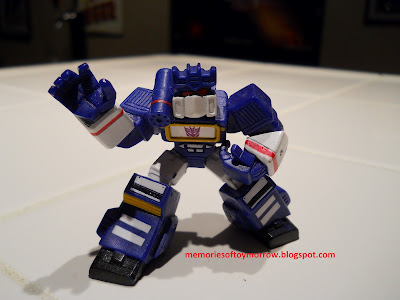 But I like these little dudes and a G1 Soundwave is not in the budget....at least I haven't scored it cheap yet :) 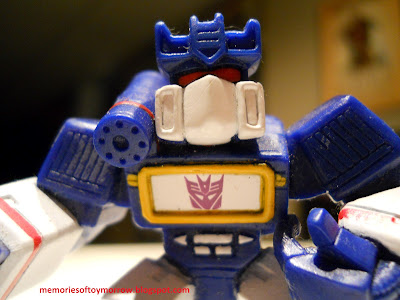 I, as a  child, put Megatron above all other Transformers. He was cool, bad and I could use him as a gun in my other play! But I always had a real soft spot for Soundwave. In the cartoon he had a cool voice and was Meg's right hand man. He came with cassettes that ejected and were his minions. His head looked like the Decepticon logo. His batteries changed into GUNS!! How cool is that.