Its the Six Million Dollar Man from Kenner Toys !!!

Steve Austin, The Six Million Dollar Man. "We can rebuild him, we have the technology..." I wonder if they said that at Kenner when they constructed the prototype..... OF COURSE THEY DID !!! 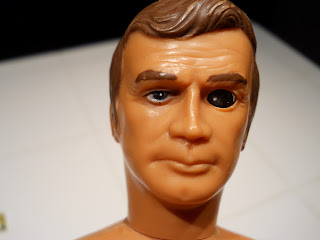 THEY BUILT AN ICONIC TOY !!! 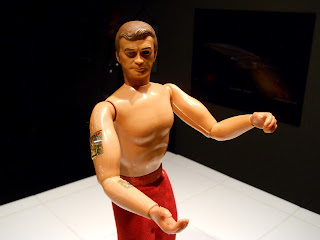 YOU COULD TAKE HIM APART AND REPLACE HIS LIMBS !! 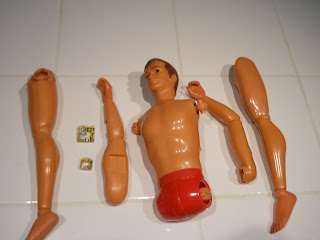 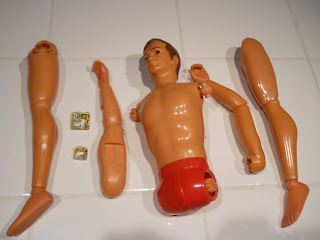 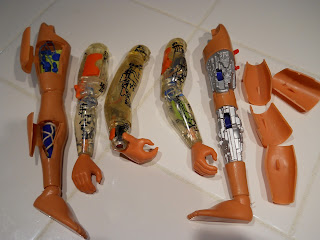 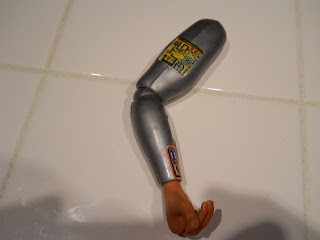 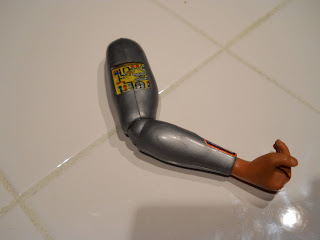 This figure is the bomb! HUGE 12" Tall!! An eye that can see long distances !! Removable chips in his arm!! Rubberized "skin" that peels back to reveal his bionics - time has taken mine. Limbs that come off and you could buy replacement limbs to change out....or if you go to a garage sale and find other Austins with the other versions of the Bionic Arm you could use.

In short, this figure RULES!!!

I played the hell out of this figure and have such fond memories of it. When I got some Star Wars 12" - Han Vader IG88 Fett- along with Maskatron and Goldman from this line I had some cool adventures. For some reason Six Million Dollar man accessories were always at garage sales and I had a ton. For 12" figure play you had to have a ton of stuff to go with em!!

In 1975 Kenner Ruled the Toy world and Thanks to them for making such awesome memories !!
Posted by Unknown at 9:53 PM