Jesse James in Plastic Empire toys Legends of the West !!!! 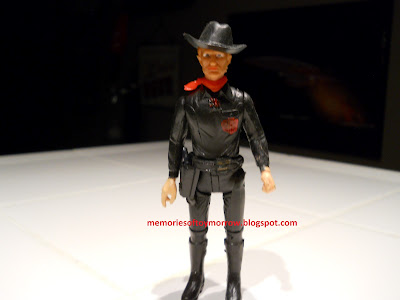 Empire Toys produced the Legends of the West line of figures in the late 70's. The 3 3/4 line was compatible with Legends of the Lone Ranger and the other Western toys out at the time. I know Empire toys made these figures and a good line of accessories, but Excel and Imperial also had produced them as well. Anyone who had these knows that this line of figures and accessories are AWESOME!! I had a ton of them and loved every minute of playtime I can remember with em. I lost all these figures to time and when I finally tracked down the info on this line, I couldn't search Ebay quick enough! This is the first one I got and wont be the last as I track down the rest of this line !! 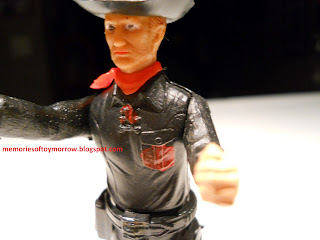 Jesse James was my favorite and the main nemesis for The Lone Ranger - click here for story - dressed in black and ready for action. 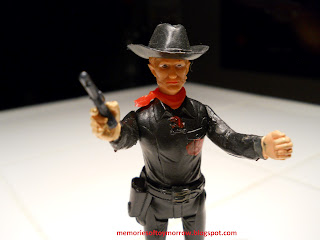 The figure has great detail and was fairly robust. The Paint apps leave a bit to be desired but overall great figure ! The Black hat and pistol accessory were perfect and it has a HOLSTER FOR THE PISTOL!! I cant express enough how holsters for action figures are awesome ! Why couldn't all toy makers think of it !?! 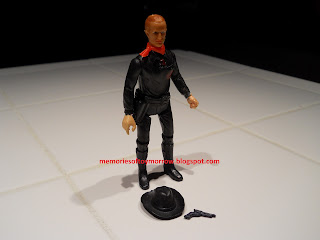 I remember that mine as a kid wore Deadwood Dick's black vest adding to the coolness of the figure !! I'll be tracking that down soon to complete this figure :) 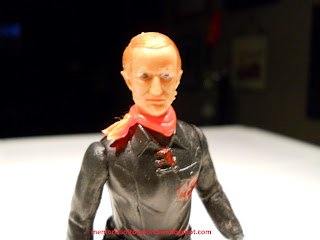